November is World Prematurity Month. To honour and support the moms of preemies, we are sharing stories of moms who’ve been there and who can offer support from the other side of a long road. This is Lynn’s story.

Tell us about the day your baby was born.

It started with my 35 week checkup, I was expecting twins and needed to go for a routine scan. Turned out that “Twin B” had not grown in 3 weeks and they both needed to come out immediately as in tomorrow!

I panicked…I thought I had more time, I didn’t even really have blankets yet. Monty Brink, my gyne, had gone for a cycle race in Langebaan and said that he was on his way back and would see me at 7am on Sunday morning with a fresh team of people who could take the twins through an entire shift. Sunday arrived and I met my “team” of people headed by the wonderful Dr Ashley Wewege. There were two of everyone so each twin had their own team when they arrived. Twin A arrived and was placed on my chest while they dug around for Twin B who was wedged like a banana up inside me. They hauled her out by the leg, she yelled loudly and was also placed on my chest they were then both wheeled frantically out the theatre while my husband ran through the halls yelling loudly “it’s twins, it’s twins” as if this was some secret only just revealed.

He did mention to me before running off that they were very small, very very small but they were not in danger (I remember being very confused at this as danger was not something that was in my birth plan….neither was very small) I was then left to be sewed up wondering to myself what exactly it meant that they were 1.2kg and 1.9kg…surely they were supposed to be bigger? What does 1.2kg even mean that’s just over a bag of sugar that’s not a baby weight? They were both taken to NICU and popped in incubators. Twin A who true to her nature today, was suntanning under the lights while they gave her things to help her lungs, and various other meds as she was undeveloped even though she was the bigger twin the smaller one had fought harder for everything so was actually better developed.

Can you describe some of the emotions you experienced during the early days and weeks with your baby?

I stayed as long as I could in hospital expressing milk. they were being tube fed and started with 5 ml feeds which they would vomit 3 ml back up. I was terrified! The tubes, the wires, the machines, the hushed tones of the nurses I began to feel that something could happen to them, something that I had never ever prepared for or thought about. The worst day was when I had to leave the hospital. I sobbed and sobbed. Everything felt wrong. Here I was going home to empty cribs, baby clothes but no babies. I had no purpose at home. I woke at night to express and then was dropped back at the hospital each day and spent the whole day and night with them. They wouldn’t discharge one without the other and we had to wait until Twin B was 1.8kg and that I could feed them for an entire day. I wanted to breastfeed but it was just too much hard work for them, so I used breastmilk and bottle fed them and then when I got them home would breast feed one and bottle the other and then alternate!

Do you have any words of encouragement for a mom who is currently waiting for her baby to come home? 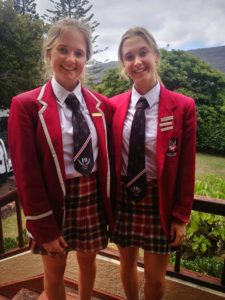 The loneliest feeling is being at home knowing your baby is in hospital, but soon you will have them with you and you can explore every little bit of them with no wires or tubes or anyone watching over you. Get as much sleep as you can, trust that your little one is growing as fast as they can so they can come home with you. My twins are now 18 writing Matric time flies so enjoy every beautiful precious second!

This website uses cookies to improve your experience. We'll assume you're ok with this, but you can opt-out if you wish.
SettingsAccept
Manage consent

This website uses cookies to improve your experience while you navigate through the website. Out of these, the cookies that are categorized as necessary are stored on your browser as they are essential for the working of basic functionalities of the website. We also use third-party cookies that help us analyze and understand how you use this website. These cookies will be stored in your browser only with your consent. You also have the option to opt-out of these cookies. But opting out of some of these cookies may affect your browsing experience.
Necessary Always Enabled
Necessary cookies are absolutely essential for the website to function properly. These cookies ensure basic functionalities and security features of the website, anonymously.
Functional
Functional cookies help to perform certain functionalities like sharing the content of the website on social media platforms, collect feedbacks, and other third-party features.
Performance
Performance cookies are used to understand and analyze the key performance indexes of the website which helps in delivering a better user experience for the visitors.
Analytics
Analytical cookies are used to understand how visitors interact with the website. These cookies help provide information on metrics the number of visitors, bounce rate, traffic source, etc.
Advertisement
Advertisement cookies are used to provide visitors with relevant ads and marketing campaigns. These cookies track visitors across websites and collect information to provide customized ads.
Others
Other uncategorized cookies are those that are being analyzed and have not been classified into a category as yet.
SAVE & ACCEPT